Here at the McIntosh Ranch, we offer the prestigious opportunity to hunt the once plentiful Eastern Plains elk that are native to the high plains of Colorado. The McIntosh Ranch was established in the early 2000’s but it has been more than 140 years in the making.

To understand why it is that we do what we do, you must first understand where we came from. The year is 1880, The American Civil War is over, and The Industrial Revolution is in full swing on the East coast. In contrast, the West was still wild and untamed. Ralph Spalding McIntosh felt the call of the wilderness, packed up his belongings and subsequently made the journey from Connecticut to Colorado in search of adventure and opportunity.

He made this cross-country journey by both wagon and steam locomotive until he finally found his way to the high plains of Colorado. It was a much different place in the 1880’s. Colorado was a mostly untamed area that was still populated by Indians, buffalo and the now threatened plains elk. Once Ralph arrived in Denver he served briefly in the Colorado National Guard before homesteading in Beaver, Colorado. Several years later he moved north of Denver where he founded McIntosh Dairy, a local landmark that has been a family owned and operated business since 1904. 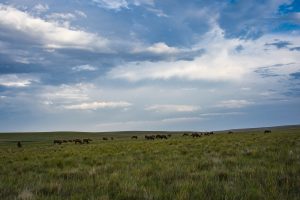 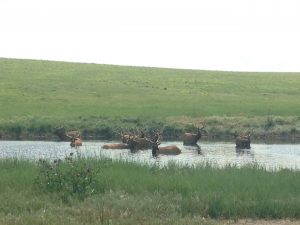 One of the many things passed down from generation to generation in our family is a sense of adventure, the same sense of adventure that brought my great, great grandfather here over 140 years ago. Also passed down, was a love for the outdoors and a commitment to conservation and stewardship of our land. In 2001 the McIntosh family has set out on a journey to re-establish and restore the plains elk on the high prairies of Colorado just as it once was. The once plentiful plains elk, also known as the Southern Manitoban Elk, had a larger body and larger antler mass than the Rocky Mountain Elk. Historically due to better nutrition and more gentle winters than the desolate Rocky Mountains.

The restoration of “McIntosh Ranch” is more than just elk and buffalo, it’s our heritage. It’s a conservation project reintroducing native grasses, wildlife species, and a sense of adventure to the rich ecosystem that is the high plains of Colorado. We want to welcome you on the experience of a lifetime traveling back in time to hunt the native elk on the high plains of Colorado. The way it once was. The way it was when our family first settled in this great state.